Following a gluten-free diet can lead to higher than normal levels of two toxic metals, according to one new study. 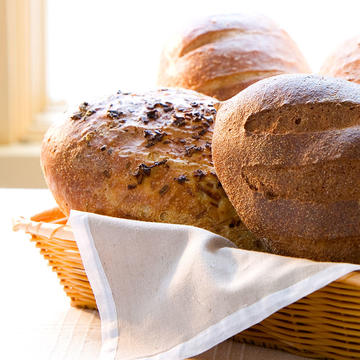 Gluten-free diets are crazy popular. In fact, recent research found that *way* more people in the U.S. are eating GF than the number of people who have celiac disease—about 1 million more, to be specific. Now, new research has revealed a reason that might make those folks want to reconsider. (Thinking about giving up gluten? Here are six common gluten-free myths.)

A new study published in the journal Epidemiology showed that people who follow a GF diet are exposed to higher levels of arsenic and mercury, both considered to be toxic chemicals. Yikes! If you’ve ever heard about mercury poisoning, you know this is a big deal. Both arsenic and mercury have been linked to cancer and other chronic diseases, even in low amounts of exposure. Alarmingly, when the authors tested people who follow gluten-free diets, they found that they had twice the normal amount of arsenic in their urine and 70 percent more mercury in their blood on average than is considered normal. To be clear, the amounts of these substances are not enough to actually poison you. But scientists are concerned about the negative health effects they could have on people over time.

So why were levels of these two toxic metals so high? Gluten-free replacement products usually substitute rice flour in the place of regular flour. Rice flour is more likely to contain small amounts of both arsenic and mercury that the rice absorbs from fertilizer, soil, and water. So if you’re eating large amounts of bread, cookies, or crackers made with rice flour, you could unintentionally up the levels of these substances in your body. Eating a lot of regular rice can up your levels, too. Of course, it’s possible to be gluten-free without eating rice. But since it’s one of the most common GF grains, it’s a mainstay in many gluten-free diets. (Did you know that gluten sensitivity can now be diagnosed with a finger prick?)

Of course, for those who suffer from celiac disease (an autoimmune disorder where the ingestion of gluten leads to damage in the small intestine) or a gluten intolerance, maintaining a gluten-free diet isn’t a choice—you’ve just got to do it! But plenty of people still voluntarily follow gluten-free diets in the name of health and weight loss. It’s worth noting that there aren’t many benefits to cutting out gluten if you don’t have an intolerance, and research shows that gluten-free diets aren’t so great for long-term weight loss. While it’s one thing to go gluten-free if you need to, more and more research—including this new study—shows it’s simply not the healthiest diet you can follow.