Do you want to see which genes are involved in influencing Homocysteine?

MTHFR C677T is the culprit. And if it is homozygous it is the worst.

We all have 2 MTHFR genes, one inherited from each parent. Some people have a genetic mutation in one or both of their MTHFR genes. People with mutations in one MTHFR gene are called “heterozygous” for the MTHFR mutation; if mutations are present in both genes, the person is said to be “homozygous” for the mutation.

In an paper published by Dr Joseph Pizzorno, ND, Editor in Chief called “Homocysteine: Friend or Foe“, he list the following:

We are complex beings, with complex systems.

††As Metafolin®. Metafolin® is a registered trademark of Merck KGaA, Darmstadt Germany.

We need to do a homocysteine soon to see if any progress has been made in supporting his methylation cycle. 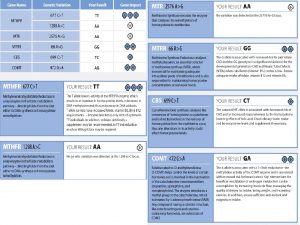 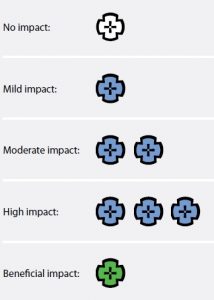 For now, this is the end of our MTHFR research, even though there is so much more.

Some of the resources used during my research:

Previously we saw that your B vitamins is needed for most of your body’s systems, it is certainly very important in your methylation cycle.

We learned that Homocysteine is a sulfur-containing amino acid that can be converted to cystathionine and further to cysteine via the transsulfuration pathway (CBS) or remethylated to methionine. Also, that Homocysteine is produced by the body by chemically altering adenosine. 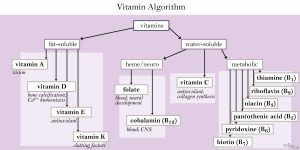 Migraine is a debilitating inflammatory blood vessel disease that may be triggered by damage inflicted by elevated blood levels of homocysteine to the endothelium of blood vessels in the brain.

Researchers have long suspected that migraine headaches have a genetic component, because migraine sufferers often have family members who also have the condition. Studies suggest that MTHFR polymorphisms may account for the genetic predisposition to migraine in some individuals.

Epilepsy also have a connection to elevated levels of Homocysteine.

Systemic administration of high doses of homocysteine in animals produce convulsive seizures, a fact that has been exploited in models of experimental epilepsy. Furthermore, up to 20% of patients with homozygous CBS deficiency have seizures, and the high plasma concentrations of homocysteine in these patients (usually 50-200 µmol/L) may contribute to epilepsy. Whether less severe hyperhomocysteinemia (15-20 µmol/L) predisposes patients to epilepsy has not been established.

A second issue relates to putative teratogenic effects of high homocysteine levels. There is an increased risk of major congenital malformations in children whose mothers receive anticonvulsants during the first trimester. While the mechanism of teratogenicity in folate deficiency is unclear, recent data implicate elevations in homocysteine. First, fasting or PML hyperhomocysteinemia is commonly found in women who have given birth to infants with neural tube defects. Second, the C677T mutation in the MTHFRgene significantly increases the risk of neural tube defects. Finally, amniotic fluid homocysteine levels were found to be significantly higher in pregnancies complicated by neural tube defects. Observations such as these led to a practice parameter recently promulgated by the American Academy of Neurology, recommending that all women of childbearing potential who are taking anticonvulsants consume at least 0.4 mg/d of folic acid. Whether this or higher doses of folic acid are effective in lowering homocysteine levels or in decreasing the incidence of neural tube defects in epileptic women has not been studied. It is also unclear whether cyanocobalamin and pyridoxine hydrochloride supplements are necessary for this population.

Read the full article on Homocystein and Neurologic Disease here.

We have also seen that elevated homocysteine can be caused drugs. However, a number of prescription drugs and natural compounds can also elevate the blood levels of homocysteine by interfering with folate absorption or metabolism of homocysteine. These include:

The good news is that high homocysteine levels can be managed through diet and vitamin supplementation. The most important nutrients that help lower homocysteine levels are folate, the vitamins B12, B6 and B2, zinc and trimethylglycine (TMG) or Betaine.

However, ordinary folate/ folic acid supplements might not cut it. One possible reason is that folic acid, the form of the vitamin used in most supplements and enriched foods, is not bioavailable enough to sufficiently increase plasma folate levels in people with certain health problems or genotypes, especially when you have an MTHFR issue.

Folic acid, as used in ordinary dietary supplements and vitamin-fortified foods, must first be converted to bioactive 5-methyltetrahydrofolate in order to be clinically effective. These steps require several enzymes, adequate liver and gastrointestinal function, and sufficient supplies of niacin (B3), pyridoxine (B6), riboflavin (B2), vitamin C, and zinc. Another advantage of 5-MTHF is that it is unlikely to mask a vitamin B12 deficiency, a shortcoming of folic acid. Folic acid, when administered as a single agent, may obscure the detection of vitamin B12 deficiency (specifically, folic acid may reverse the hematological manifestations of B12 deficiency, while not addressing the neurological manifestations).

Cooking and food processing destroy natural folates. Although red blood cells can retain folate for 40-50 days following discontinuation of supplementation, folic acid is poorly transported to the brain and is rapidly cleared from the central nervous system.

Homocysteine is a sulfur-containing amino acid that can be converted to cystathionine and further to cysteine via the transsulfuration pathway or remethylated to methionine. The latter reaction is catalyzed by methionine synthase in most tissues. In this reaction, vitamin B12 (cobalamin) serves as cofactor and folate (5-metyltetrahydrofolate) as substrate. In the liver and kidney, an additional pathway for homocysteine remethylation exists, requiring betaine as a methyl donor. Choline is the immediate metabolic precursor of betaine. Choline is involved in membrane biosynthesis and acetylcholine formation and is regarded as a critical nutrient in fetal development and neuro-transmission.

There are two major conditions too high or too low homocysteine levels can cause:

Hypohomocysteinemia has been shown to play a role in the malnutrition-inflammation-cachexia syndrome with which low dietary intake of methionine would lead to worsening of chronic kidney disease, with which homocysteine can be a variable in determining survivability of the patient.

Another factor that would deplete homocysteine levels would be the detoxification pathway sulfation – CBS. Cysteine is also employed in the formation of bile acids such as taurine. Taurine is especially synthesized when the body takes in fat and alcohol. Synthesis of taurine would also deplete homocysteine levels by promoting the Transulfuration pathway in the formation of cysteine.

You can watch more here. 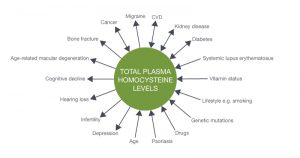 Even though making sure that your methylation cycle is working optimally, making sure your homocysteine levels is balance is more important. 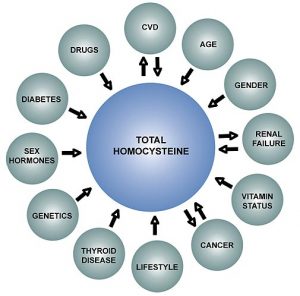 Many factors are thought to raise levels of homocysteine – poor diet, poor lifestyle especially smoking and high coffee and alcohol intake, some prescription drugs, diabetes, rheumatoid arthritis and poor thyroid function. Raised levels are also associated with chronic inflammatory diseases in general, and some intestinal disorders such as coeliac and Crohn’s diseases. Levels increase with age and higher levels are more common in men than women. Levels of homocysteine can increase with oestrogen deficiency and with some long term medications, including corticosteroids. Strict vegetarians and vegans may also be at risk and people who suffer from stress. As with cholesterol, family history and genetic make-up can play a part in causing raised levels as can obesity and lack of exercise. Even people with an active, healthy lifestyle may still be at risk, if there is a family history of high levels of homocysteine or disease.

At high levels, it can damage the lining of arteries and encourage blood clotting, this may raise your risk for coronary artery disease, heart attacks, blood clots, and strokes.

High levels of homocysteine may be cause by low levels of:

Many people suffering from cardiovascular disease, stroke, migraines, and dementia could be suffering from the adverse effects of elevated levels of homocysteine in their blood. This condition has also been linked to other problems, including osteoporosis, birth defects, macular degeneration, and certain types of cancer.

In most cases, doctors will not consider testing for homocysteine and could therefore be treating their patients without success. Most health-conscious people know their cholesterol level but few know their equally important homocysteine number.

Homocysteine is still part of your MTHFR cycle, however the MTHFR mutations appear to be medically irrelevant, so long as an individual’s homocysteine level is normal. Therefore, it should be the homocysteine level, not the MTHFR genetic status, that is tested when looking at the conditions mentioned above.

Again we see that your B- Vitamins plays an important roll. Your CBS pathway – the liver pathway or the detox pathway starts with homocysteine.

How Often Should Homocysteine Levels Be Checked? 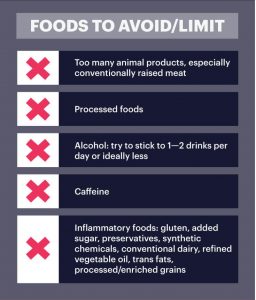 The feed is currently unavailable, please go directly to https://twitter.com/mycolouris_blue

Our Journey with our Autistic Son